It all started with a failing grade in school. Joel was already a national martial arts champion as a teen, and was accustomed to what it took to win: training, diligence, discipline and a driving determination to overcome any obstacle to be the best fighter.

When presented with the prospect of failing a course he found boring, Joel realized he could apply those same tactics to “winning” a good grade.

And his life changed from that moment on. Joel devised an unparalleled strategy for winning which he has applied to every aspect of his life. 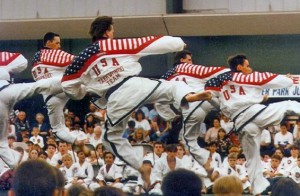 Put to the Test

Joel repeatedly implemented his strategy and went on to win six national martial arts championships and four world championships. He was a member of the Global Taekwondo Federation’s USA team from 1993 – 1997. He holds a 6th degree black belt in Taekwondo. He has coached thousands of others in martial arts.

Martial Arts Was Just the Beginning

Joel’s success didn’t end with martial arts. It had only just begun.

Joel knew one key to his success in winning had always been his ability to accept obstacles and defeats as opportunities to try a new approach — and try again until he succeeded.

Joel married his college sweetheart Jennifer and enjoys a relationship of love, respect and faith in one another, which also encompasses their two daughters, Sydney and Blakely. He became a successful business owner of a commendable martial arts training program. 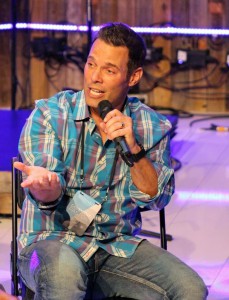 An Inspiration to Thousands

Joel funneled his passion for winning into a passion for helping others learn how to win in life as an inspiring pastor and as an advocate for a variety of nonprofit organizations. He has led thousands of people on a path toward personal betterment.

Drawing on his innate ability to inspire and motivate others to perform with world-class excellence, Joel has become an author, leadership trainer and international motivational speaker. With a deep love for mankind, he continues to dedicate his life to sharing his knowledge to help others win in life at the highest levels, regardless of their playing field.

Utilizing his nearly 30 years of experience coaching, teaching and training others, Joel developed a refined, systematic approach to winning he calls WINologyTM. Joel developed the program with one intent — to help others learn how to unleash their potential, reach the top and stay on top in every aspect of their lives.

What differentiates WINologyTM from other strategies is that WINologyTM provides practical applications which enable individuals, sales departments, leadership teams and organizations to think and behave like the winners they were meant to be in their relationships, businesses and lives.

Joel is the founder of WINologyTM Performance Group. Joel and his team help organizations large and small with achieving success. Via customized workshops and speaking engagements, they teach others how to overcome obstacles, feel motivated to accept new challenges, best their competition, communicate more effectively and work as a team. Learn more about how they can help your organization accomplish more. 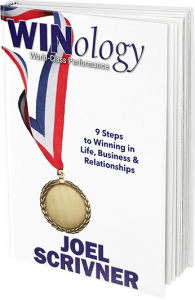