Are You Taking Decisive Action to Make Your Dreams a Reality? 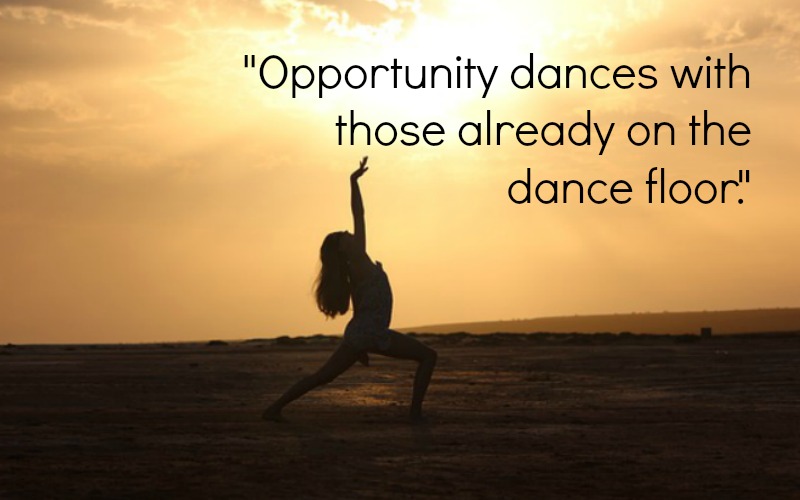 Dreaming about what you want to accomplish in life is normal and necessary. However, merely thinking about the goals or accomplishments you want to make is only the first step. The next step? Decisive action.

What the Research Says About Procrastination

The more recent of these two studies, conducted by Thomas C. Corley, examined 177 self-made millionaires around the globe over a span of five years. His studies found that each one of these individuals had one habit that they always avoided — procrastination.

The other study was done by Napoleon Hill who notably performed similar research for a famed 1937 book called Think and Grow Rich. Hill also found that out of the 500 early 20th Century millionaires he studied, every single one had a lifelong habit of “reaching decisions promptly.”

Why Is Decisive Action So Important to Success?

So clearly, Decisive Action — the direct opposite of procrastination — isn’t a new concept.

Why do decisive action and quick decision-making lead to success? Because its’ opposite, procrastination, can be so detrimental.

According to Corley’s findings, procrastinating can damage a person’s credibility with colleagues and employers — and reduce the quality of their work, as well as impact personal and professional relationships. And it also prevents you from achieving your goals and dreams.

So How Do You Keep Procrastination at Bay?

By using its natural antidotes to their full advantage — Decisive Action and Urgent Excellence essentially go hand in hand. When you incorporate these behaviors into your daily world, procrastination becomes a thing of the past.

Urgent Excellence, which is covered in Chapter 3 of WINology – World Class Performance, means striving for excellence in all that you do — and having the ability to recognize the urgency of a situation.

In other words, it’s the ability to recognize an opportunity and respond quickly instead of passively waiting for that ship to come in. Successful people recognize and act on opportunities as soon as they arise.

This doesn’t mean they make reckless, spontaneous decisions or they panic — it simply means they continually position themselves to be open and ready to respond when they are presented with an opportunity or important decision.

The Next Component – Decisive Action

Decisive Action — which is explained in detail in Chapter 5 of WINology — revolves around the ability to “mind your mouth” and turn negative thoughts into positive and new declarations. Once your positive declarations are formed, the next step is to put these declarations into action.

“Remember, a real decision is measured by the fact that you’ve taken new action. If there’s no action, you haven’t truly decided.” – Tony Robbins

While they may not have recognized or defined Decisive Action and Urgent Excellence as such, truly successful people practice both in their daily lives.

And guess what? Anyone who puts their mind to it can incorporate Urgent Excellence and Decisive Action into their lives — these belief systems are not copyright-protected by the wealthy!

So How Do You Get Started?

With a little smart thinking.

It sounds simple, and it is initially — but don’t be fooled into thinking this will be a walk in the park. Breaking old thought patterns and replacing them with new ones and having the courage and energy to truly take action isn’t easy. But I promise you, your efforts will pay off and in a big way!

What declarations will you or have you made? Let us know how it’s working out in the comments section below!

Summary
Article Name
Are You Taking Decisive Action to Make Your Dreams a Reality?
Description
Successful millionaires have one thing in common - they know how to take decisive action when presented with opportunities or decisions. Learn how decisive action will help you achieve your dreams.
Author
WINology