The Most Dangerous Phrase at Any Company 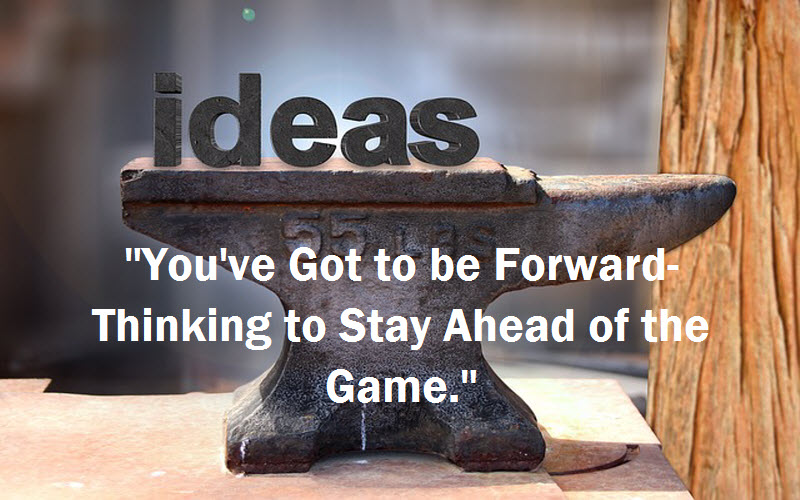 Chances are if you’ve been to enough team meetings, you are familiar with a few clichéd phrases and would be happy never to hear them again! Terms like “think outside the box” and “synergy” probably come to mind.

But amidst this familiar cache of business terminology lurks a deadly phrase. This phrase, if embraced as a mantra of sorts, can do a lot of damage to your company, regardless of your current project or overall trajectory.

And what is this phrase that can potentially put a stop to forward thinking, forward movement and even future success?

“But we’ve always done it this way.”

You’ve probably heard this phrase at some point in your career. Whether it was from an established higher-up, who shot down a new idea while you were climbing the ladder or from a colleague who didn’t like the new procedure behind a standard project.

And if you think back on those instances, you’ll most likely notice a subtle pattern. The new idea or process was shut down, and you or the receiver of this comment were suddenly disinclined to move forward.

There are several reasons why sticking to “all things that have worked in the past” is a bad idea for mapping out the future. The mindset “but we’ve always done it this way” is also dangerous in a myriad of ways.

If you’re at a company that’s more than 20, 10 or even 5 years old, then it’s a fact that you haven’t always “done it this way.” How did the company operate in the days before social media? Or email? Or QuickBooks? Or even the internet?

At some point, the company explored new technology and new methods. And they discovered new ways to save time, money and increase productivity!  As such, saying “we’ve always done it this way” can’t possibly be valid.

The World Will Change Without You

As mentioned, the company clearly discovered new ways to do business as new technology became available. Maybe they started webinars instead of in-person meetings or changed their advertising from ads in the local papers to Google ad words and targeted online marketing.

Well, the wave of technological changes that allowed the company to discover new and easy routes to perform tasks continues, and if they don’t take notice of these changes, they may be left behind.

Can you imagine a company that decided not to use email and stick to faxes instead? Or not to create a Facebook page or website, and instead, just have fliers?

It’s imperative to pay attention to new technology that competitors are using, and to stay in-line, and hopefully, ahead of the game. By sticking to past methods, they are missing out on all the new advancements that are available.

It Shuts Down New and Creative Ideas

Innovation is one of the most important factors for allowing a company to grow their success. It’s the reason why companies like Apple have flourished, and it’s why entrepreneurs like Steve Jobs, Bill Gates, and other creative minds hold such a fascination and admiration from the public in general.

New ideas are crucial to making the workplace exciting, interesting and overall successful. To grow from your current stature, you need to do things differently, and “we’ve always done it this way” will simply achieve the same results you’ve been getting, again and again, with no forward progress.

It Stifles New and Creative Thinkers

Let’s say you have a new idea that will be a big asset to your company. And let’s say you know you’ll have a hard time selling it to the decision makers because the powers that be are stuck on “we’ve always done it this way.”

This phrase is a regular part of their vocabulary, and they’ve shut down other creative ideas based on this philosophy alone. You might bring it up to them, but there’s also a good chance you’ll scrap the idea altogether.

Their decision may even have you looking for other companies that appreciate a more forward-inclined thinker. By not allowing team members to make contributions and implement their unique ideas, the company is shutting off employee’s reasons to contribute, and at worse, could be unintentionally encouraging them to put their skills to use elsewhere.

Essentially, keeping an open mind and being open to new ideas is how companies evolve, retain their best thinkers and continually move forward along with the rest of the world.

The best of the best don’t adhere to the old way of thinking. Instead, they create an innovative and inspirational new route that other people will be eager to follow.

Is your organization struggling, due to their inability to move forward?

WINology Performance Group can help! We will teach your organization how to move forward. Contact us today to learn more or visit us online!

Have you ever heard the phrase, “But we’ve always done it this way?” Let us know in the comments section below!

Summary
Article Name
The Most Dangerous Phrase at Any Company
Description
There are several reasons why sticking to "all things that have worked in the past" is a bad idea for mapping out the future. The mindset “but we’ve always done it this way” is also dangerous in a myriad of ways.
Author
Joel