How to Become a Great Leader 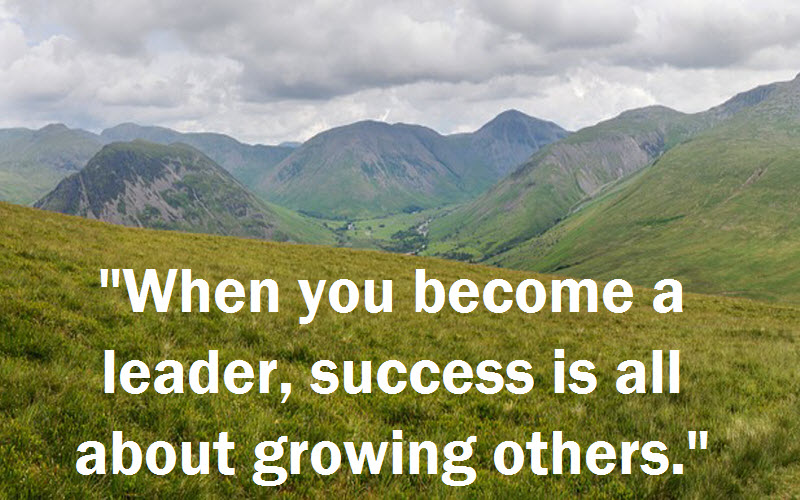 When you think back to all the leaders you’ve had in your lifetime, is there one or two that stand out because their management skills were so atrocious?

If so, you’re definitely not alone! Virtually everyone has a story or two of a leader who was simply bad for one reason or another.

And who they never want to emulate when they receive that promotion or ascension into a leadership role.

But the potential drawback of being worried your team may perceive you as a “bad” leader is that you may unintentionally end up being an ineffective one.

So it’s essential not to let your need to be nice and well-liked get in the way of your ability to manage.

One of the ways you can assert a leadership role without fear of being perceived as a bad leader is to know what traits bad leaders actually have.

As long as you’re not falling into these traps, it’s perfectly fine to be direct, straightforward and crystal clear about what you expect.

Bad leaders do things because it serves their own best interests and not the interests of the company.

If you’re making plans and distributing tasks to further your personal goals, then you’re not going to garner any appreciation from your staff.

If you’re setting your personal whims ahead of what you need to accomplish, like going golfing instead of staying late and helping with a project, then you’re not going to garner any appreciation from your staff.

It’s OK to identify the top performers on your team and reward them appropriately.

But it’s not OK to assume that staff members who don’t bring their A-game to a project or task never will.

Don’t play favorites. And give everyone a chance to shine. If people know you have trust in their abilities, then they’ll be more inclined to prove your instincts right.

Use of Excessive Punishments and Threats

Regular use of a threat or punishment can cause resentment among your team, especially if you don’t follow through.

Consider a boss who constantly says “Do that again, and I’ll make sure you’re fired.”

If you say this all the time, then you either have a skeleton staff or a team that doesn’t believe you mean what you say.

It’s fine to make disciplinary corrections when needed. And talk to staff members who continually show up late or who don’t perform but don’t jump the gun by immediately going to the worst threat available, like dismissing them altogether.

As long as you treat everyone fairly, have clear goals in mind that serve the company, and save your threats for when they are absolutely needed, you’re doing well in the leadership game.

So feel free to be clear about what you want, and what you expect, without fear of being pinpointed as a “bad leader.”

Good leaders are clear, consistent and manage with authority. It’s only the bad leaders who play games and who use wishy-washy tactics to move forward.

Do you need a boost in your personal or team’s leadership skills? The WINology Performance Group can help!  Contact us today to learn more or visit us online!

How have you learned from great leaders in the past? Let us know in the comments section below!

Summary
Article Name
How to Become a Great Leader
Description
When you think back to all the leaders you’ve had in your lifetime, is there one or two that stand out because their management skills were so atrocious?
Author
Joel

POSTED ON: Achieving Success
TAGGED : becoming a great leader, How to Become a Great Leader, How to Easily Spot a Bad Leader, leadership, Management