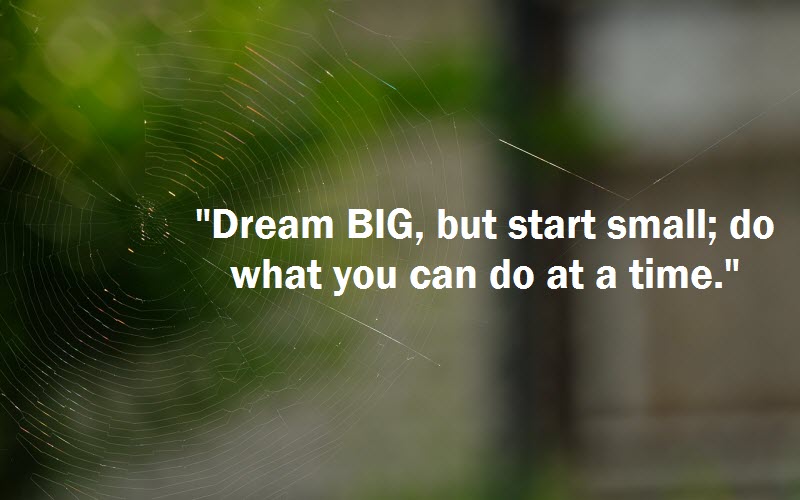 If you’re in a leadership position, then you know getting your company to embrace and adapt to big changes can be a challenge.

Employees and managers alike get used to a status quo. They don’t like huge overhauls, even if it’s for the eventual betterment of their business.

As a leader, you may notice there are some major systems or operations in the company that simply do not work.

This situation can be obvious if you’re new and come in with an outsider’s perspective.

Whether it’s the way staff members manage their time or the line of accountability, a messy organization can lead to big problems. And big problems can be difficult to fix.

This is especially true if the procedures and the organization have remained unchanged for years.

So what’s a motivated leader to do?

Below are some examples of leaders from all across the globe who used small changes to accomplish large results.

Not sure how the process works? Then consider these real-world examples.

Alan Mulally stepped into the Ford Motor Company as CEO during a time of crisis.

After losing billions of dollars in 2006, Mulally immediately noticed the problem lied with the top-level management team.

As the story goes, the top level high-ups relied on their assistants and staff members to get things done.

One of the first things Mulally did to correct this imbalance was to allow assistants and staff members to attend regular meetings as they had always done, but not to speak.

Instead, their department heads were responsible for answering difficult questions and taking responsibility.

The result was that the culture shifted, and a new wave of accountability became the order of the day

The Marine Who Improved Communication

Robert “Rooster” Schmidle was a newly installed executive officer with the Marine Corps.

The previous officer had been dismissed from his post for his incompetence. The unit’s primary duty of sending and receiving important messages to relay instructions to personnel in the office and field was failing.

As soon as Schmidle arrived, he went to the team of marines who were passively sending and receiving messages and asked one to get up from his desk.

He then asked them to approach another marine with the message he just sent and explain what it meant.

The team soon realized that due to different communication styles, many of the messages were getting misinterpreted.

They soon learned to correct their behavior with clear communication and teamwork.

The Children’s Advocate Who Got Things Done

Judith Goodhand was a new director of a Department of Children and Family Services in a major city.

On her first day, she noticed that many children were not being placed in proper care, and were simply lingering in the system.

Some had even spent the night in the agency’s building while waiting for a home. As a result, she enacted a small but simple rule that none of the senior staff members could go home unless all the children in the building had been placed with a foster family or temporary home.

It brought back a sense of urgency to the company environment and resulted in a better performing overall team.

These are just a couple examples of how a small change can have huge ripple effects. So before you start a company overhaul to address a major problem, start by thinking small.

By starting small, you’ll be surprised at how swiftly and wonderfully your company can leap forward under your leadership.

Does your organization need a cultural upgrade? The WINology Performance Group can help! Creating winning culture is our specialty. Contact us today to learn more or visit us online!

How have you learned to start small in the past? Let us know in the comments section below!

Summary
Article Name
Why Big Changes Start with Small Initiatives
Description
Below are some examples of leaders from all across the globe and in a range of different industries who utilized small changes to accomplish large results. Not sure how the process works? Then consider these real-world examples.
Author
Joel