Don’t Be Your Own Worst Enemy 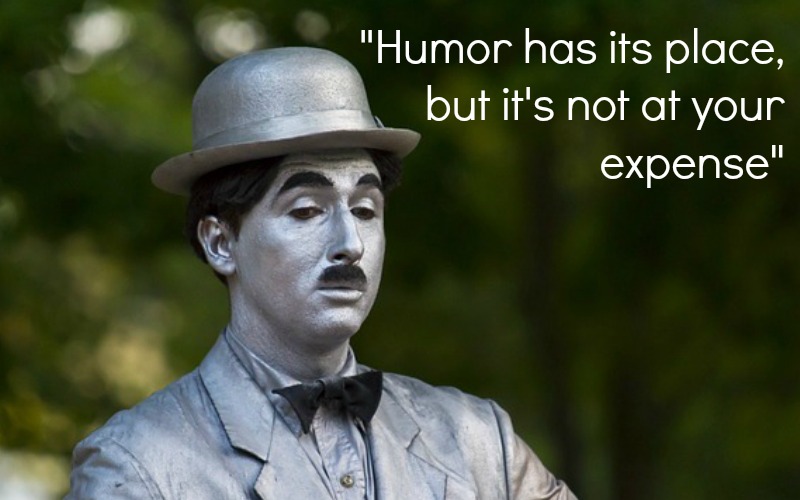 We’ve all done it before, most likely with the best of intentions.  However, pointing out your own flaws, even in jest, can often do a lot more harm than good.

Self-deprecating Humor Has Its Place

If you’re in a position of power and have achieved great success, a little self-deprecation can go a long way. It makes you accessible, and it shows the world you’ll admit you’re not perfect and you make mistakes — making it easier for others to relate to you. This is why politicians are infamous for making a lot of self-deprecating jokes.

Some of the most successful stand-up comedians rely on self-deprecation for their entire persona.

“I told my psychiatrist that everyone hates me. He said I was being ridiculous – everyone hasn’t met me yet.” – Rodney Dangerfield

Yes, putting yourself down when you’ve already made it can go a long way in making you even more admired and approachable. But if you’re on the way up, it can backfire, and in a big way.

Can Self-deprecating Humor Be Harmful?

Several recent studies have looked into the reception of self-deprecation. Some have found that for people who are working their way up the ladder, self-deprecation can do more harm than good. In fact, even when being used as humor, a self-depreciating remark can be seen as a big sign of weakness.

Why is putting yourself down bad?

If you say something self-depreciating – even in jest – there’s a good chance that the people who hear you just might come to believe it.

After all, even the most innocent comments can sometimes have a layer of truth underneath.

Let’s say you have a co-worker who always comments on how forgetful they are. Maybe you’ve never really noticed this trait, but nevertheless, every week or so they say something like “I’d forget my head if it wasn’t screwed on!” or “I have to write down every single thing or I’ll never remember it!”

Whereas previously you didn’t notice when your co-worker forgot a deadline or didn’t respond to an important email — but now due to their frequent reminders, your perception of them has changed — now you’re beginning to see them as forgetful and unreliable.

Now, even if they don’t forget things as often as they claim to, you’ll notice when they do — due to their self-deprecating remarks, you now have a lower opinion of them, possibly undeserved.

By pointing out your weaknesses, you’re doing a grave disservice to your strengths. Forget the jokes and self-depreciation, and let people see you for who you are – a hardworking person who is destined for success.

This is just one reason why you should avoid frequent self-deprecation.

We’ll talk about a few more reasons why you want to avoid putting yourself down in our next post, so stay tuned!

For a deep dive into this subject, and to learn the secrets of Positive Conviction and Decisive Action, join the thousands of other students of WINology. Click to get your copy here!

Have you ever changed your opinion of someone because of remarks they’ve made about themselves? Let us know in the comments section below!

Summary
Article Name
Don't Be Your Own Worst Enemy
Description
While it might seem harmless or funny, making self-deprecating remarks frequently can be a bad idea. It can change how others perceive you.
Author
WINology